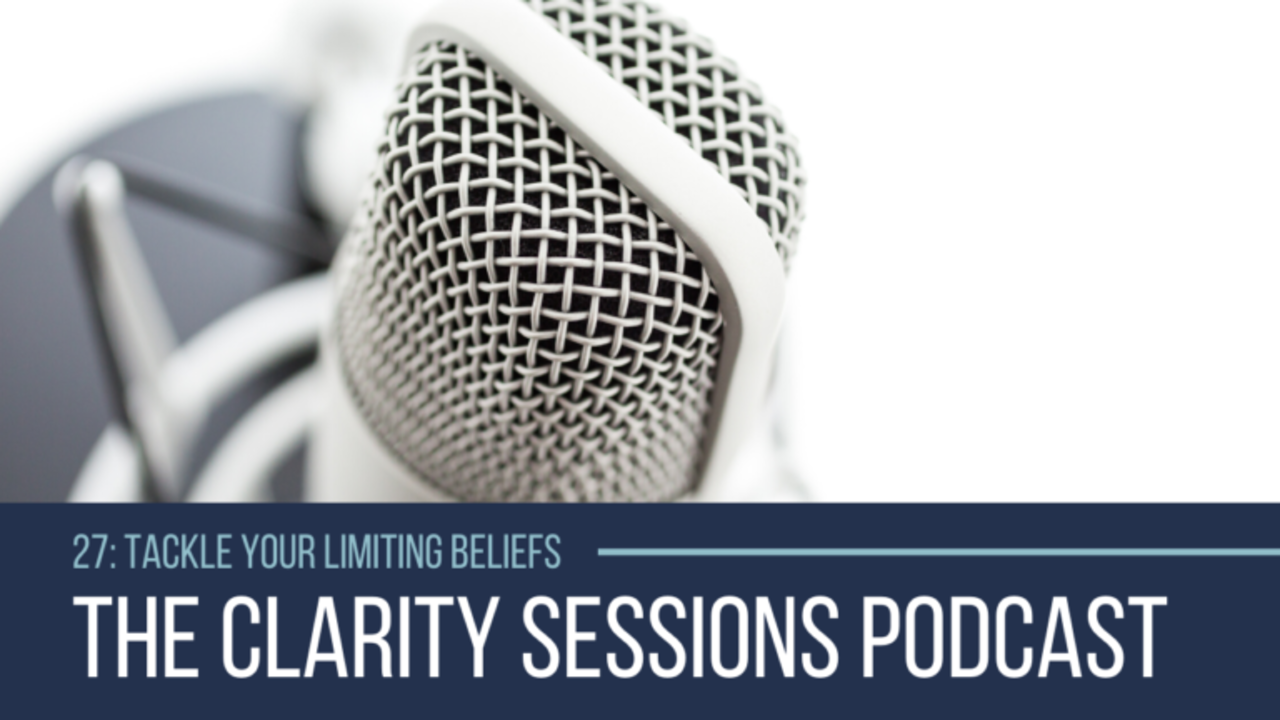 Have you ever heard of the term "limiting belief?"

I wasn't aware of the impact of limiting beliefs until just a few years ago, but it's completely changed the way I view success and think about big goals.

What is a limiting belief?

A limiting belief is something that we think is true that we're only holding onto as true because we believe it. We have adopted it and embraced it as part of our value system. But what that belief is doing is it's preventing us from reaching the next level. It's keeping us from getting out of our comfort zones and propelling our business forward to increase our impact and our income.

And if you think about it this way, a limiting belief is something that we might not even really have investigated. It's just something that we adopted along the way. Maybe it's something from childhood that we heard a teacher say once, something that maybe we've heard at church or from an organization and we've just assumed is true. What happens is you hit a point in your...